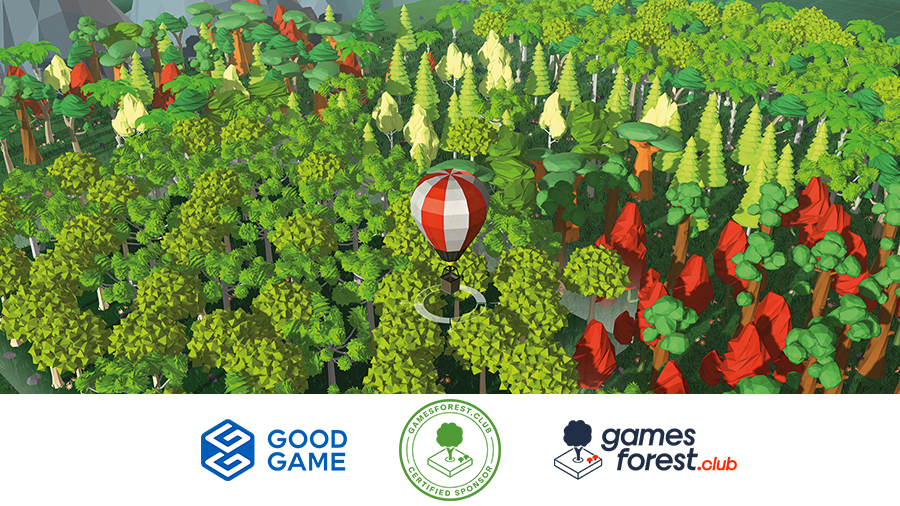 Great news for the Games Forest Club’s community! Goodgame Studios, leading developer and publisher of online video games on browser and mobile devices is intensifying its engagement to further a sustainable future on earth and joins GamesForest.Club as a founding member.

The first project supported by Goodgame Studios in cooperation with GamesForest.Club will be the newly decorated “PlanBe” cultivation area near Campeche, Mexico. The area will not only help fight the effects of the climate crisis thanks to the planting of new trees but will also be made available for active field tests for scientists and research facilities all over the world.

”We are very happy to support GamesForest.Club all over the world in the future. We found a very committed partner from the gaming world with whom we want to push sustainable projects to protect our planet.” says Oleg Rößger, CEO of Goodgame Studios.

“As a tech company, we will work with GamesForest.Club to promote the fight against climate change even more intensively, and at the same time we can provide science with the support it needs in the wild,” said Verena Schnaus, CFO and Managing Director at Goodgame Studios.

Over the coming weeks and months, Goodgame Studios will support further projects in cooperation with GamesForest.Club and actively include their already existing communities of gamers – among these is the 10th anniversary of Goodgame Big Farm this year.

The Hamburg company already supported various projects to sustain natural resources in the past as well as the global forestation with the charity organization One Tree Planted. Goodgame Studios, as a part of Stillfront Group, was certified as a climate neutral company by South Pole in 2020.

We are excited to have Goodgame Studios on board and looking forward to protecting our nature together with them.

Do you want to make a difference too? Join our community and support the forests!

If you want to learn more about Goodgame Studios, visit their homepage or follow them on LinkedIn.