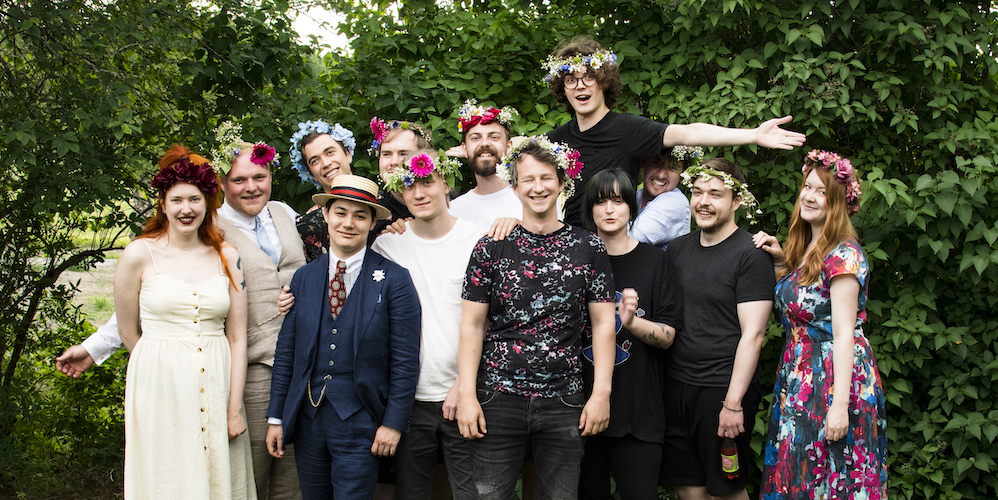 Hello friends, supporters and future members! It’s a new day and it’s time to introduce you one of our members and founding sponsor. Landfall Games is a game studio focusing on gameplay and community interaction above all else. With both small development cycles and team size, they focus all of their efforts into creating games that are both fun to play and fun to develop.

Landfall Games is based in Stockholm Sweden and are the makers of Totally Accurate Battle Simulator, Stick Fight: The Game and Clustertruck. The founders, Philip Westre and Wilhelm Nylund started developing the studio’s first game Air Brawl together in high school. The game showed promise and was nominated to Sweden Game Awards in 2014. Wilhelm decided to not go to college but instead live at home to complete the game. Roughly a year later Air Brawl hit Steam Early Access making it possible for Philip and later Petter Henriksson to quit their other activities and join Wilhelm at Landfall. The trio then set out to develop Clustertruck with the help of Karl Flodin on sound and music. Clustertruck was released in September 2016 and was a huge hit for the developers making it possible to expand the studio even further. So you see, these guys are living the dream and Landfall is probably one of the promising game studios in Europe. But for a long time they have been bad at sustainability and climate protection, and have been focusing on their games and other social issues – rather than the most pressing issue for our planet, climate change. But it’s never too late to start a change! Landfall is slowly getting educated on what they can do to reduce their negative impact on the environment and how to be part of making a change. That’s why Landfall decided to be part of our initiative, and we are very happy to have this amazing gaming studio on board.

With the support of the WWF project “Planting Trees, Cultivating Peace” Landfall set the beginning for their efforts. In this reforestation project WWF implement ecological restoration actions hand in hand with local communities in regions affected by armed conflict in Colombia. WWF’s objective is not only to recover transformed forest, and their associated biodiversity, by planting native trees, but also to provide much-needed alternative livelihoods to local communities, such as the management of non-timber forest products such as oils, fibers and native bees. These restoration actions are key to WWF work in Colombia in supporting the Government in the quest to strengthen peacebuilding and conservation efforts by involving local communities in conserving biodiversity while improving their living conditions.

Alongside Games Forest Club Landfall is also part of Play Create Green which work to help developers change their development practices to reduce their impact on the environment. We hope that this is just the beginning of a journey towards more sustainability and climate friendly production!

Landfall Games is proving, that it’s never too late to start making a difference. We believe that a climate neutral gaming industry is possible if everyone contributes. You can start by joining the Games Forest Club!

If you want to know more about Landfall Games, visit their homepage or their social media

For more information about the “Planting Trees, Cultivating Peace” project, follow the link below